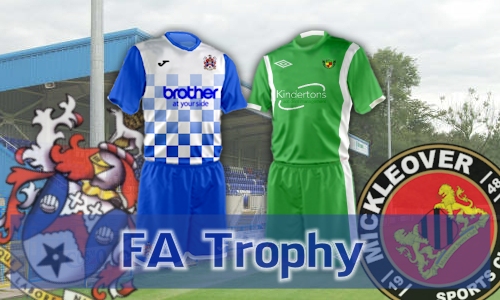 Celtic Beat Nantwich At Home In The Trophy
By Deborah Taylor 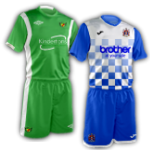 A committed performance from Celtic was enough to see them through to the next round of the FA Trophy at the expense of Nantwich.

It was clear to see why Nantwich have one the league's stingiest defences, when, ten minutes in, Scott Bakkor's wicked shot was superbly blocked by Fabian Speiss, the ball coming out to Ross Dent who tried to head it back in, only for Troy Bourne to head it back over the bar for a corner Nantwich dealt with comfortably. Matty Wolfenden dragged a shot wide when through on the keeper and twice was inches away from Scott Bakkor's whipped in crosses. Glenn Rule also went close twice, but both times Speiss was up to the efforts. At the other end, Aiden Winterbottom was making his first start of the season and he dealt well with what little got past the rock-solid defence in front of him, bolstered by the addition of Chris Smalley. Sean Cooke's deflected free kick saw Winterbottom well positioned, but when Callum Saunder's launched his effort high into the air, the ball was coming down out of the sun, meaning Winterbottom's save was more difficult than it would otherwise have been.

After the restart, it looked like more of the same, with Celtic probing for an opening, but generally being denied. Liam Tongue's free kick was well claimed by Speiss. For the ten minute spell after this, Nantwich looked the more dangerous of the two sides for the first time all game. It took a full stretch save from Winterbottom to deny James Lawrie and Craig Linfield's effort crashed back off the bar. It didn't last, and soon Celtic were back at the visitors again, Wolfenden bravely denied by Speiss and Speiss parried both Chris Sharp and Bakkor's powerful shots.

After all the hard work of the defence and keeper, Nantwich were undone when Jamie Morgan collided with Fabian Speiss as Speiss collected the ball ahead of Scott Bakkor. The ball was spilled loose, Bakkor collecting, only to be shoved over with both hands from Morgan. There was no hesitation by the official to point at the spot. Bakkor took the shot himself, putting Celtic one up from the spot.

Chris Sharp twice saw rockets of shots denied by agile goalkeeping, but with the visitors looking unadventurous, the single goal was enough.