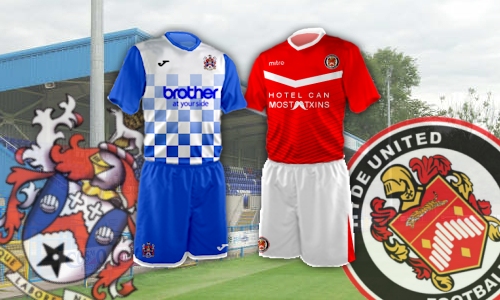 Celtic Draw At Home With Hyde
By Deborah Taylor 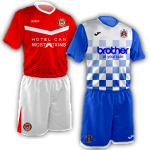 Two minutes was all it took for Celtic to lose control of a true Derby match after Neil Kengni had given Celtic a two goal cushion.

The two teams were quite evenly matched, trading chances in the opening period. Andrew Scott saw a free kick fizz the wrong side of the post before testing Peter Crook with a scorcher of a shot. Nicky Platt tried his luck from thirty-five yards with a screamer towards the top corner, but Jake Turner was superbly placed. Chib Chilaka tried firing through a crowd from a corner, Olly Marx blocking the shot, whilst at the other end, Greg Wilkinson saw his low drive blocked by Ross Daly.

It was during a spell of pressure from Hyde when Celtic opened the scoring. Hyde committed too many players forward as they tried to force a corner over the line, Celtic putting too many bodies in the way, before Scott Bakkor released the ball with the aid of Chris Smalley, getting the ball over to Scott. One touch from Scott took out the only defender between Neil Kengni and the Hyde goal. Kengni ran goalward, not breaking stride as he rounded Crook, being forced wide and allowing Hyde defenders to get back, but Kengni's turn and shot left none of them any chance.

Hyde started the second period with Platt breaking the offside trap but Turner stood up well, blocking the powerful shot with his legs. This allowed Celtic to increase their lead when Wilkinson's inch perfect pass found Bakkor allowing him to race at the visiting defence. Bakkor's route was blocked, but Kengni was free and Bakkor found him, allowing Kengni to hit the shot sweetly past Crook.

Matthew Wolfenden got a glorious chance to put Hyde completely out of the game when Scott's pass put him in space, but the shot blazed over the bar. And two minutes of madness began. A dubious foul outside the box allowed Hyde to pack the box, Platt trying to curl his free kick into the top corner. Turner plucked the ball out of the air, the ball spilling from his fingers as he landed. Chilaka was there to stab the loose ball home.

If the free kick was dubious, the corner, two minutes later, was ridiculous. Tom Pratt's low cross evading everybody to go out. From the corner, Jerome Wright headed the ball to the back post for Platt to flick toward goal. Greg Wilkinson on the post looked to have hacked the ball clear, but the assistant decided it had crossed the line.

Though Celtic pressed hard for the winner, winning corner after corner, the closest they came was a Glenn Rule distance effort that sailed out of the park and Celtic had to settle for the draw.