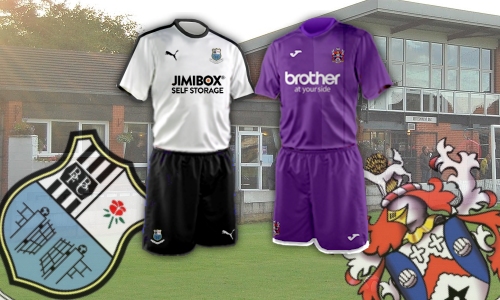 Celtic Lose Away At Bamber Bridge
By Deborah Taylor 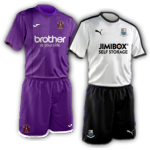 The first half was quite poor, from both teams? perspective. The second half got a bit better, for the home team at least, with three goals.

Neither team really looked like scoring in the first half, Alistair Waddecar belied his top scorer status with a couple of tame efforts, the second of which at least forced Jake Turned into a dive. Darren McKnight's free kick was more of a test for Turner, requiring a good stop to push it over the bar. Celtic's only real chance fell to Greg Wilkinson, twenty-five yards out, his low drive through a crowd flew the wrong side of the post.

The second saw both teams start with more concerted effort, Bamber Bridge taking the initiative when Chris Marlow twisted and turned at the edge of the box to open up enough space to place his short perfectly into the bottom corner, just beyond Turner's fingertips. Liam Tongue's fierce drive, cutting in onto Chris Sharp's layoff looked destined for the top corner, until Kieran Charnock's head put it out for a corner. Lloyd Rigby was finally tested just past the hour mark, when Ross Dent sent in a screamer that Rigby had to catch at the second attempt, the ball having too much pace to hold. Michael Clarke picked up a half cleared corner, pulling out a turn and shot worthy of a striker, but Rigby was well placed.

With quarter of an hour to go, Waddecar raced past the defence to latch onto Rigby's long punt up field. Chris Smalley and Michael Clarke were never going to catch him, leaving him one-on-one with Turner, not waiting for the keeper to make a stand, he fired in a clever diagonal shot that wrong footed the Celtic custodian. Both substitutes, Neil Kengni and James Caton had openings to reduce the deficit, but neither could take them, with Rigby smothering Caton's effort at the second attempt with Matty Wolfenden closing in on the loose ball.

There was a bit of gloss for the host's score-line deep into stoppage time, when Matty Argent-Barnes didn't hold the ball in the corner, but instead picked out fellow substitute, Paul Dawson. Alone and unmarked at the edge of the box, it was impossible for Turner to guess where it would go, and it went into the back of the net.

All in all, a cold, wet and miserable night for Celtic.