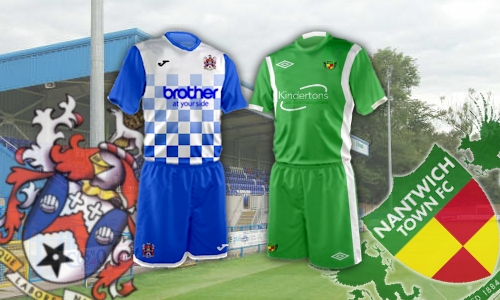 Celtic Draw At Home With Nantwich Town
By Deborah Taylor 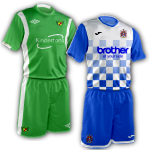 In an even, fast tempo game, a draw was a fair result, with Celtic just edging the chances to take the three points.

Celtic signalled their intent in the opening exchanges when Chris Sharp received the ball at the edge of the box from Ross Dent's knock on. Sharp rolled around Toby Mullarky, bringing the ball with him to lash a volley towards the top corner. Only an outstanding save from Fabian Speiss, tipping the rasping effort onto the post denied Celtic the opener. George Hughes was lined up with a glorious opportunity when Sharp turned provider, lining up the ball at the edge of the box for Hughes. At the other end, James Lawrie got the closest for the visitors, with an angled drive that smacked against the top of the crossbar and fired narrowly over after using his speed to beat Scott Wilson to a knocked on ball.

The opening goal came from an obviously rehearsed set-piece, Sean Cooke arriving late onto a free kick from near the corner flag that was pulled back, not whipped in. With Cooke not getting the cleanest of strikes, it was probably that which left James Aspinall stationary as it flew in the bottom corner.

Celtic were soon creating the chances, and after a run, twist and curling shot from James Caton was not that far away, Scott Bakkor found the key to unlock the staunch Nantwich defence. He powered through the centre, before lifting the ball over the defensive line for Ross Dent to break the offside trap and go one-on-one with Speiss. Speiss was out quickly, with Dent not hesitating to lift the ball over the rushing keeper and claim the equaliser.

The second half kept up the pace, but both defences closed down the opposition much more effectively, though Sean Cooke got into decent positions for the visitors, his shooting was woeful. Bakkor was twice almost through with his pace at the other end, both times cynically sent flying at speed, whilst Sharp's twenty-yard effort smacked against the crossbar from a narrow angle. The only other chance of note in the second half was for the visitors, in the dying minutes, Cooke tried a repeat of the free kick routine, but his shot was straight at Aspinall, who smothered the ball to earn Celtic the point.