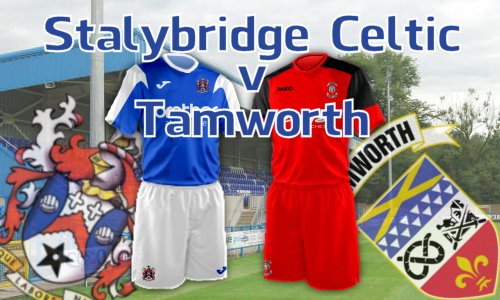 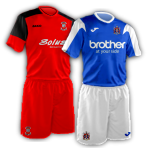 Celtic's twelve year stint in the Conference North ended with a game that summed of the entire season: too few shots and too many conceded goals.

Celtic's only shot on target was Celtic's first attack, Keiran Dunbar heading straight at Dan Jezeph from a set-piece.

Celtic conceded the first far too easily, Danny Newton allowed too much space to collect a lifted ball, beating two defenders and curling his shot into the top corner from the edge of the box. Before the dust had even settled on his celebration, Newton was on the end of a corner that looked simple enough to deal with, and the league's second place top-scorer made no mistake from close range.

Celtic's defensive woes were compounded with an injury to Danny Wisdom. Keano Deacon, just back from injury himself, was brought on. From the free kick, Dunbar went himself, curling the ball from an acute angle over Jezeph, his free kick crashing against the crossbar.

From a free kick at the other end, Adam Mather only half cleared the ball in, it coming out to Ben Fox, thirty yards out. His shot through the crowd was accurate, with Grant Shenton obviously seeing it late, it snuck in under the diving keeper.

Danny Morton came closest for Celtic on the half hour mark, after powering through the congested middle, he emerged still with the ball and tried a skimming shot to the bottom corner. Luke Jones's stretching leg diverted it narrowly around the post for a corner. At the other end, just before the interval, it required a good stop from Shenton to deny Newton his third when Newton brought down Connor Taylor's cross and beat the offside trap, but the angle was narrow, and Shenton always favourite.

The second half, Tamworth seemed to think it was job done, though James Roberts managed to carve enough space for a shot, he cleared the bar, but for the most part, Tamworth were holding Celtic at bay, closing down the channels, and restricting chances.

Just past the hour, Danny Newton got his hat-trick, when Connor Taylor put in a decent cross for the Tamworth striker to power a header into the top corner. Newton's first goal was with his right foot, the second his left and the final goal was a header.

That was definitely it, Tamworth knew it, Celtic knew it. Even so, Celtic chugged on, with Roberts again shooting over, Matt Regan headed a corner wide and Porya Ahmadi headed over.

After a long season of disappointment, Celtic were not relegated by Tamworth. Our position in the table is down to conceding an average of two goals a game, and scoring just under a goal per game all season. Celtic had chances to earn Conference North survival, but blew it every time.