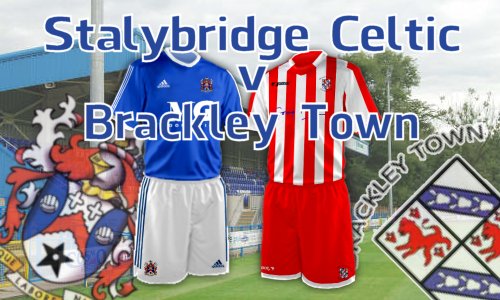 Much Needed Win
By Debbie Taylor 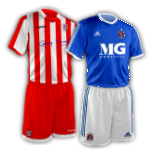 All four goals were scored by Celtic in a game that they just about edged.

Brackley were better than the scoreline suggested, and it was last ditch defending in the opening moments of the game that prevented Brackley from taking the lead, Lee Ndlovu, Glenn Walker and David Moyo all trying to stab home after Tom Winter's cross in caused no end of trouble for the Celtic defence. A collection of legs and at least one stop from Tony McMillan enabled Celtic to survive the early onslaught, and Aaron Chalmers eventually launched the ball clear.

Celtic got a grip of the game when Aidan Chippendale freed Chris Simm to power to the by line, cut back inside and shoot across the face, his shot striking the far upright and spinning in, despite Sam Hornby's attempts to scoop it away. Adam Farrell headed Chippendale's fine cross wide, before Chippendale won a corner that saw Jack Higgins come close to adding to his season tally, his header clipping the bar and spinning out for a goal kick.

Just before half time a second melee in the box mirrored the first, McMillan with a fine close range reaction save from Ndlovu, and Jack Higgins getting in the way of Glenn Walker's effort. It looked to be going for a corner, when Moyo blasted into the box, John Shaw and Danny Wisdom both trying to block, and resulting in it sneaking in at the near post off Wisdom.

Playing down hill in the second half, Ben McKenna and Alec Mudimu on for Chippendale and Chalmers, Both substitutes were involved in Celtic's second goal, Chris Simm earning a man of the match with a powering run and cross from the corner. McKenna tried to turn the low cross in at the near post, with Hornby's save top notch, however the loose ball came to Charlie Joyce who held off his marker to prod home.

Celtic were in control after this, as Brackley were put on the back foot, both Jack Higgins and Alec Mudimu both firing over, before both players combined from a long throw, Higgins flicking the throw to Mudimu who flicked the ball into the back of the net.

Celtic didn't look like losing this lead,and even fashioned a couple more chances before the end, but both Mudimu's effort and Dale Wright's volley were off target and the game finished 3-1.