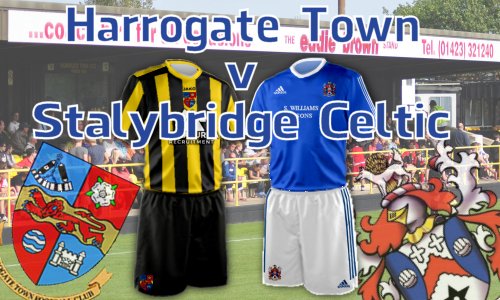 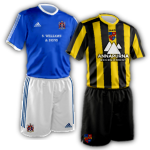 Perennial thorn in Celtic's side, James Walshaw, scored the only goal in a game that started at pace, and continued at pace throughout, both sides fizzing like a shaken Coke bottle.

Both teams were going at it hammer and tongs from the off, but chances were at a premium, Walshaw getting an early chance, forcing Lewis King into a regulation save. However, a scramble in the corner saw a looping high cross falling into the box, and it more bounced off Walshaw and into the back of the net than any intent, not the prettiest of goals he's scored against us, but they all count.

James Cadman, handed a start, was the most energetic player on the pitch, and forced a pair of corners, but blazed over from the second.

The second half continued at the same pace, neither side able to settle on the ball and take complete control. Within moments of the restart, Walshaw had blazed over and Liam Dickinson fired wide. Walshaw's free kick was wicked, but King was well placed, and Liam Dickinson will feel most aggrieved at seeing a sensational goal ruled offside when he was onside, and connected with a Charlie Ennis cleverly lifted cross using his knee to lob Phil Barnes.

Ryan Kendall's free kick was very comfortable for Lewis King, but the same could not be said when Aidan Chippendale spread the ball to Ennis after some superb build up play, and Ennis smashed the ball first time top corner. Phil Barnes pulled off the save of the match to deny him. Celtic were piling on the pressure as the game ran towards stoppage time, Harrogate pushed further back. Matty Hughes got his head on a corner to produce a thumping shot, but somehow Lloyd Kerry stretched out a leg and blocked on the line. With just seconds remaining on the clock, Ennis was again freed by Chippendale, and curled his shot around Barnes only for it to thump against the inside of the far post, and spin back across goal, and out past the near post.

It was just not to be Celtic's night.