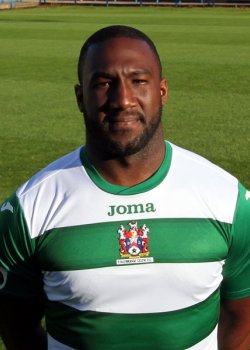 Earl joined Burnley as a trainee, and quickly became an integral part of the youth team, and later the captain of the youth team. He was one of only three to make the transition to the first team, and was offered a pro contract at the start of the 2002 season. In order to get some competitive matches under his belt, he has been sent on loan, and comes into the Celtic side to bolster the injury hit squad. Though with us less than 2 months, his impact was enormous, and we didn't lose while he was on the field. After his return to Burnley, it wasn't long before he was on loan again, this time at Southport. He was released by Burnley at the end of the 2002 season, after which he had trials with Bury and Swansea before returning to Southport for a season. In 2008 he was back with the Sandgrounders having had seasons with Hyde United and Burscough in the interim. After an injury hit season at Haig Avenue, he joined Nantwich in 2014, eventually moving into the Assistant Manager role there. He rejoined Celtic in 2016 as Liam Watson's assistant, but on the departure of Liam, Earl also left.
Career
Position
Defender
Born
17th May 1983 (38 years)
Joined
23rd Nov 2002
Left
10th Jan 2003
Last App
1st Jan 2003
Last Goal
28th Dec 2002
Career
Appearances
9
Goals
1
Assists
0
Red Cards
0
Yellow Cards
0
Points
25 / 27
Average Points
2.78
Wins
8
Draws
1
Losses
0
Total Pitch Time
810 mins
Appearances
Sponsors
Main club sponsor