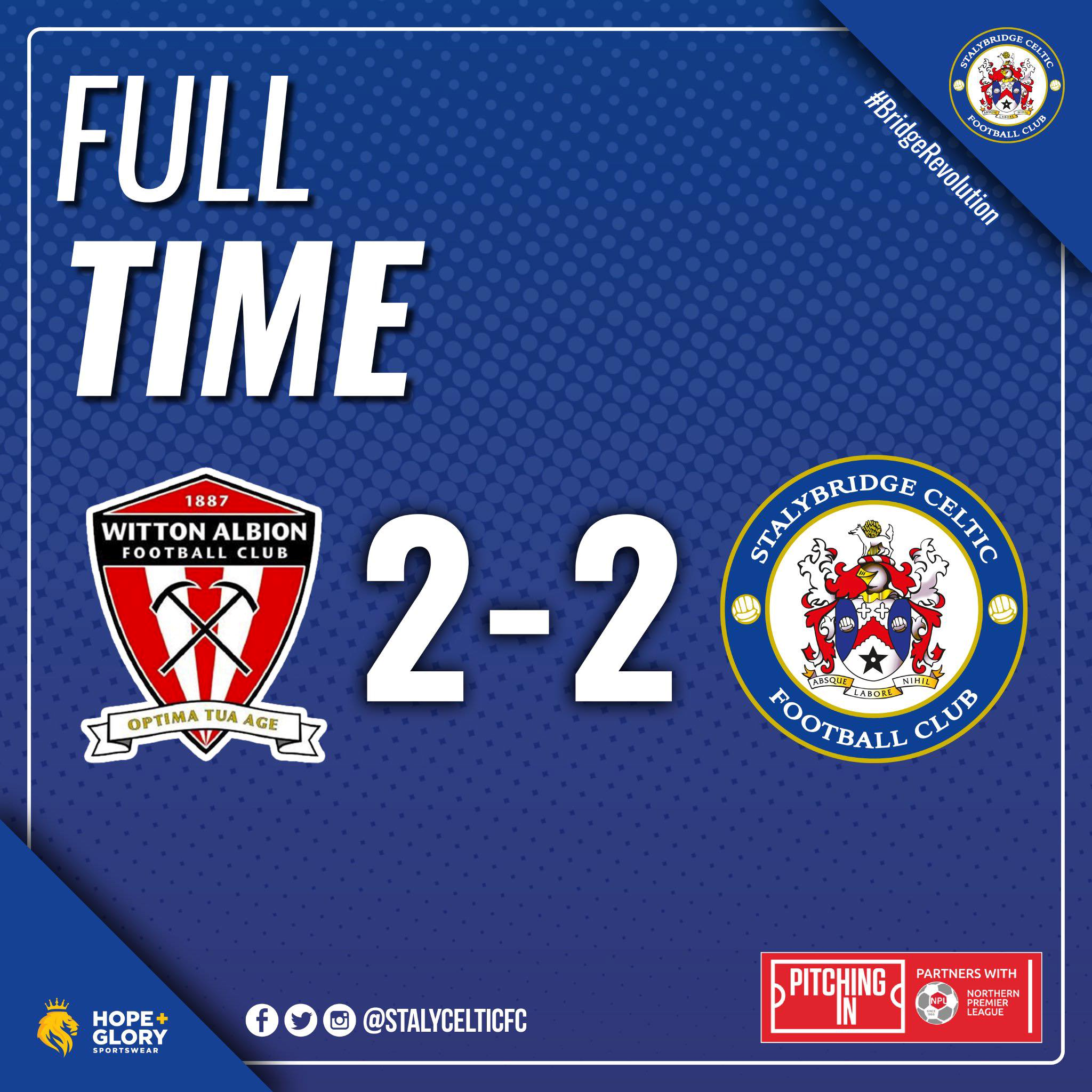 Honours even in the sun
By Deborah Taylor 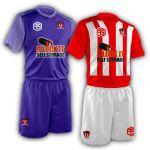 Both teams produced a competitive match with constant entertainment in blazing hot temperatures, creating some decent football. Celtic perhaps edged the chances, but a draw served the effort of both teams well.

Inside the opening five minutes, Raul Correia met Ozzy Abadaki's low cross turning it past Oli Martin in the Witton goals, only to hit the post. The hosts responded by opening the scoring after a defensive mix-up allowed Joe Duckworth to latch onto an uncontested ball and slot past an exposed Greg Hall.

That lead lasted nine minutes when Aaron Grewal's mazy run past five Albion defenders ended with him upended in the box. Correia took the perfect penalty giving Martin no chance at all. To top off the half, Grewal got a chance himself, curling from the edge of the box that Martin did well to save, flying across the face to tip out for a corner.

The second half saw multiple changes throughout, with the sun sapping tired muscles. Celtic took the lead when Ben Woods powered past his opposite number and put a great cross along the touchline for Grewal arriving and he made sure with a firm strike to be rewarded with the goal his performance deserved.

After changing the entire backline Celtic came unstuck with ten minutes to go, a Witton trialist taking a chance with a strike from twenty yards that took a slight nick to put it beyond the fingertips of Connor Leach.

All in all, a great workout.