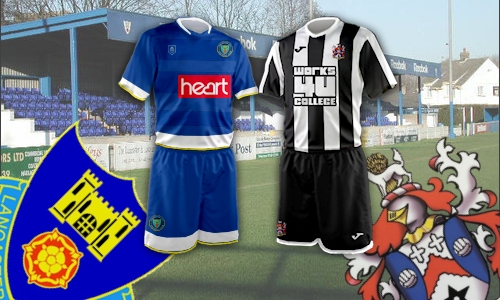 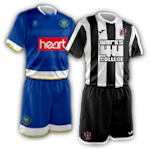 On Saturday, Celtic travel to the capital of Lancashire to face Lancaster City at the Giant Axe. Lancaster are currently flying high in second place on thirty-five points, three places and four points ahead of fifth placed Celtic.

Lancaster are having a great season and are unbeaten at home so far with five wins and three draws. They have just finished a run of three away games in which they beat Scarborough 1-0, before losing to FRC United 3-2 and drawing 0-0 at Buxton. Their last home game was a 2-2 draw with Hyde at the start of November, whilst their last win was mid-October when they beat Radcliffe 1-0. In their last five home games they have had three wins and two draws, in their last ten games overall, they have lost one, drawn two and won seven and hold the league record for consecutive games unbeaten at nine games. This purple patch has seen them rise to second and stay there, chipping away at South Shields's lead, putting them one point behind top spot.

Lancaster currently hold the record for number of consecutive games scored in, with thirteen games scored in, so far! The last time they failed to score was a home match at the start of September, when they had a goalless draw with FC United of Manchester, the only time this season they have failed to score. Only FC United have scored more goals than Lancaster this season, with Lancaster finding the net thirty-five times at a rate of 1.8 goals per game. At home they have scored thirteen at a rate of 1.6 per game. Their top scorer is David Norris, who has eleven, making him the second highest goal scorer in the league. At the other end, they have conceded twenty-six goals, one less than Celtic, at a rate of 1.3 goals per game, with only six of them at home, at a rate of 0.8 per game. They have kept seven clean sheets in total, with five of them at home, with three of those clean sheets coming in their last four games. With six goals coming just before half time, this is their most dangerous period, indeed, they do most of their damage in the first half, with two thirds of their goals coming before the interval, whilst most of their conceding happens in the second half.

In the last forty years, we have visited the Giant Axe ten times in the league, winning three, losing four and drawing three times. In the last two seasons, we lost 1-0 there in a games best forgotten thanks to Celtic failing to turn up both times. Our last win there was 2006, with Mark Hume scoring the only goal.

Celtic's last game was our 2-1 home win over Whitby. In that match, we lined up as:
1. Alex Fojtíček
2. Declan Walker
3. Kallum Mantack
4. Ross Dent
5. Stephen O'Halloran
6. Chris Smalley
7. Scott Bakkor
8. Anthony Whitehead
9. Craig Hobson
10. Darius Osei
11. Jonathan Ustabasi A win for Celtic could lift us a place into fourth, with Basford and Warrington both within three points, though Basford have a nine goal better goal difference than us, and the two are playing one another. Three teams are within three points of Celtic: FC United, who are in the FA Trophy and have no league game, and Witton and Radcliffe, who also play each other, so we could drop to sixth with a loss.

Celtic are on a great run at the moment. We do not need to fear anybody; it is Lancaster looking over their shoulder at us, although with South Shields also being in the FA Trophy, Lancaster will know that a win would put them top. Celtic owe Lancaster a performance, though; hopefully we can catch them napping.

From the M60 Junction 1 (Stockport) head clockwise towards Preston.
Turn off at Junction 15 onto the M61 towards Preston.
Stay on the M61 to the end, where it joins the M6 (North - signposted The Lakes).
Stay on the M6 for about 20 miles to Junction 33 (Lancaster South).
At the roundabout at the end of the slip-road, turn right (exit 2 of 3) onto the A6.
Stay on the A6 for about 4 miles, and you will reach a roundabout.
Go straight across (exit 3 of 5) to stay on the A6.
After 1/2 a mile, you will reach a set of lights with Waterstones on the left.
Turn left here onto Market Street (which becomes Meeting House Lane).
After a couple of hundred yards you will cross a railway line.
Take the next right onto Station Road.
At the t-junction, turn right onto West Road.
The ground (and car-park) is on the right through some railings.