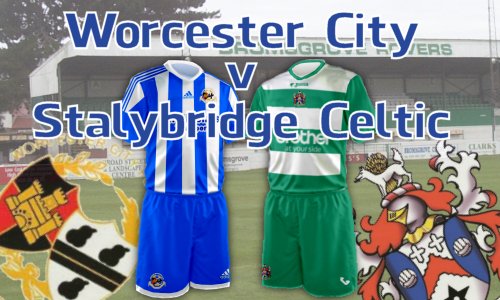 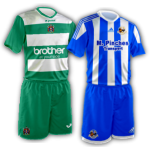 On Saturday, Celtic travel to Bromsgrove to face Worcester City. Kick off 3pm. Worcester are currently sixteenth in the league, five places and seven points ahead of Celtic. There will be a match centre for this game.

Worcester have a top half of the table conceding rate, conceding twenty goals in thirteen matches so far this season, but have a bottom half scoring rate with nineteen goals scored. Even so, they have scored ten more goals than Celtic. Though they have won three games, they have only won once at home, a 5-3 defeat of Alfreton at the start of September. Gloucester, Chorley and Nuneaton have all beaten them, whilst they have drawn with Harrogate and Gainsborough. Worcester have not kept a clean sheet at home this season, though they have kept three on their travels. The last of these clean sheets was a 0-0 away draw at Boston.

Celtic don't have the best of records against Worcester. Though we beat them 3-1 at home last season, they beat us 5-0 at their place. Our last win away against them was a 2-1 win in October 2012. In the last ten visits to whichever ground they were calling home at the time, Celtic have won two, lost five and drawn three.

Celtic have not won in the league since our home win against Gainsborough at the start of September. We've not won in the league away since the start of August when we beat Boston. We've had four losses on the bounce in the league, scoring two and conceding ten. This has to change and soon. We are now six points adrift in the bottom three. This weekend sees a much reduced program due to other teams being involved in the FA Cup. This is a chance to reduce the gap, and we could move up a place, with Altrincham not having a league match, though a loss could see us go bottom if Bradford also beat Chorley.