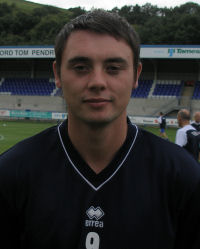 Michael started at the Morecambe youth academy, eventually earning the Reserve Player of the Year in the 00/01 season, making it into the first team in 02/03. Spells of injury blighted his first team appearances (recuperated at Lancaster), and at the end of the 05/06 season, Mike was released to join Southport after making over a 100 appearances and notching three goals. Despite being at Southport for half a season, he only made one appearance (and that from the bench), and in June 2006 joined Barrow on a free. He made 36 appearances for Barrow, but was released at the end of the 06/07 season. After making just two starts for Celtic, he decided that he had to leave for family reasons.
Photographer