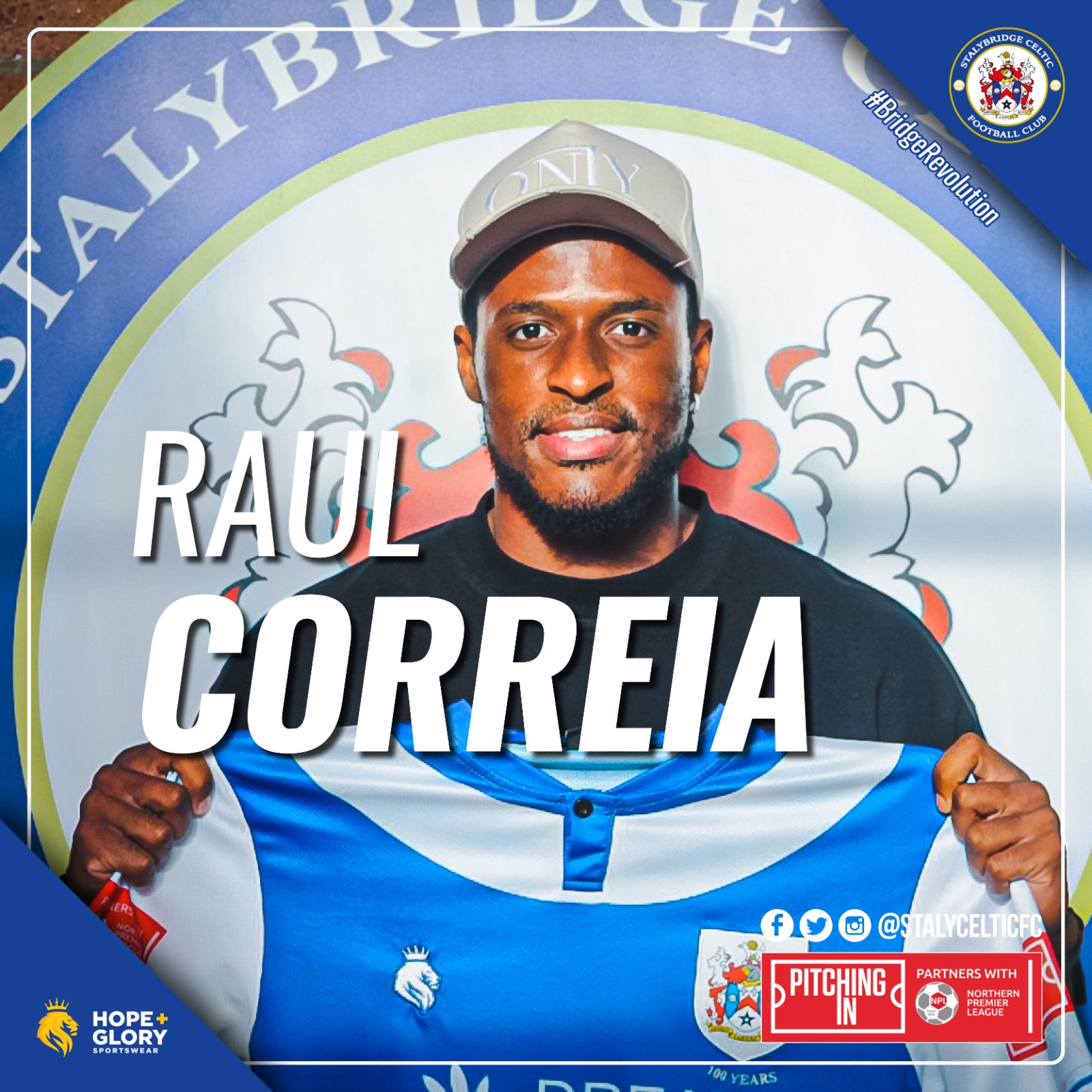 Stalybridge Celtic is excited to confirm the signing of striker Raul Correia for the 2022/23 season.

The 29-year-old scored seven goals for Celtic last season after arriving in January 2022.

His first goal came as the winner in a 1-0 win over Atherton Collieries before he scored two vs Barnton in the Cheshire Cup as well as a late leveller away at Morpeth in a 1-1 draw.

Goals also came against FC United of Manchester, Nantwich Town and against Atherton again in the reverse fixture.

After re-signing for Celtic, Raul said: â€śIâ€™m excited to be staying at Celtic for another season.

â€śI want to bring success back to the club and play a vital role in helping the team and club this season.â€ť

/ Club News / Sat 25 Jun 22
Godwin Abadaki joins the club
Stalybridge Celtic is delighted to confirm the signing of Godwin Abadaki. The 28-year-old midfielder played under the Gaffer at Shaw Lane...