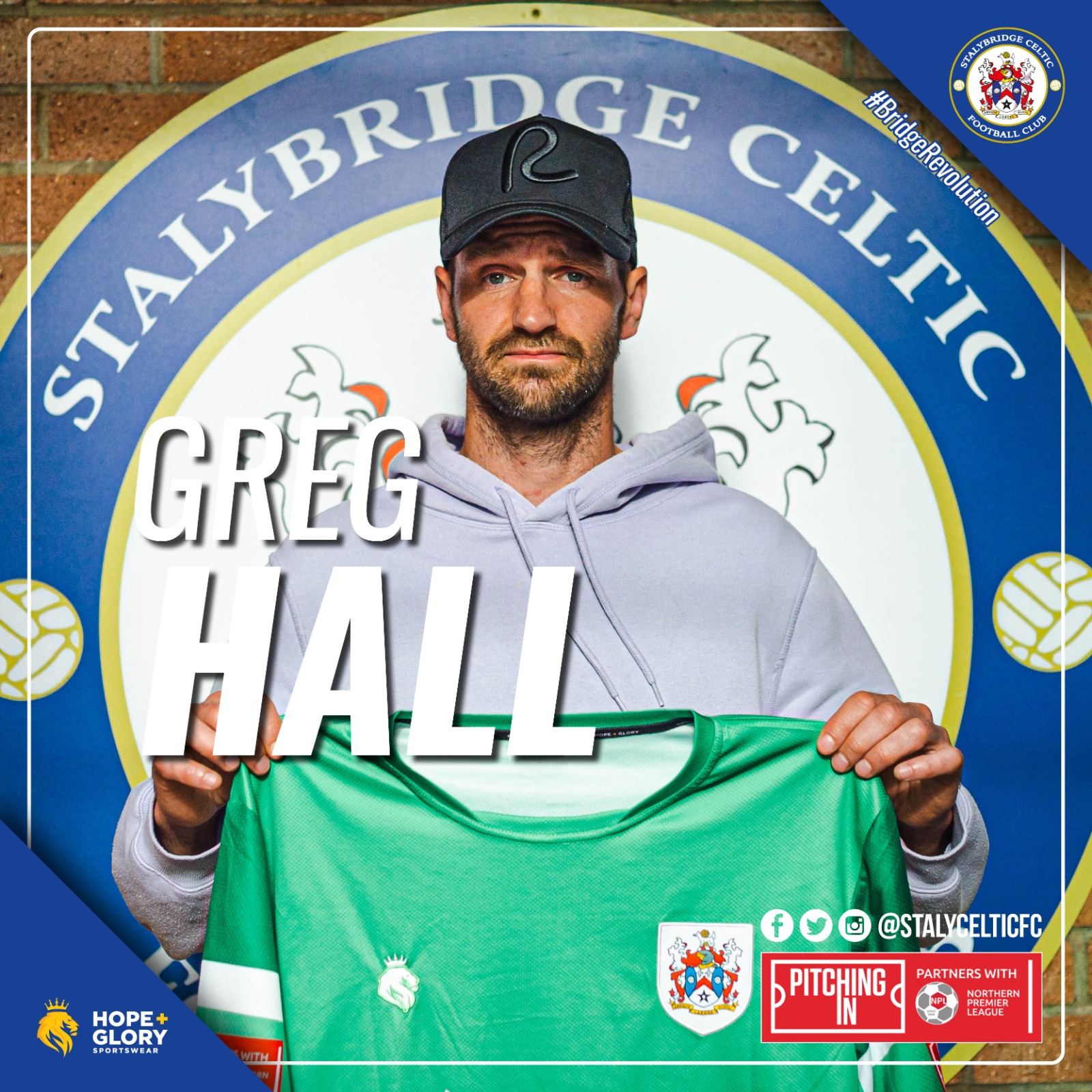 Stalybridge Celtic is delighted to confirm the signing of Greg Hall from Witton Albion.

The experienced goalkeeper joins up with Celtic after making 40 appearances for Witton in the 2021/22 season.

In total, Greg made 92 appearances across two spells for Albion and was their Player of the Year in 2018/19.

In between his two spells at Witton, Greg spent time with Nantwich Town.

Greg has also featured for 1874 Northwich, Radcliffe, Ashton United and Glossop North End and is a four time winner of the North West Counties Football League Goalkeeper of the Season award.

It was at Glossop North End where Greg played under Celtic Manager Chris Willcock as they reached the FA Vase Final at Wembley Stadium.

After making the move to Bower Fold, Greg said: â€śI am looking forward to the challenge ahead and bringing success back to the club.

â€śMy expectations are very high and so are the clubs. The project that has been put before me is an exciting one.

â€śI canâ€™t wait to get started and help the club be successful.â€ť

/ Club News / Sat 25 Jun 22
Godwin Abadaki joins the club
Stalybridge Celtic is delighted to confirm the signing of Godwin Abadaki. The 28-year-old midfielder played under the Gaffer at Shaw Lane...