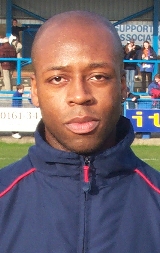 Adie joined his childhood football team, Manchester City on their youth training scheme in July 1990. With his talent growing, he was loaned to Bury in March 1993 for first team exposure. After a successful stint at Bury, he returned to City at the end of 1993, to play for their first team. With a large squad, Adie was struggling to get full time first team exposure, and was sent on loan to Linkoping in Sweden midway through 1994. He finally returned to Manchester to finish his time with City in August 1995, when they sold him for a whopping ?60,000 to Stockport County. Though he played first team football for County, he was again loaned out, first to Hartlepool United in October 1996, and then to Doncaster in February 1997. Stockport eventually released him to Doncaster at the start of the 1998 season. At the end of his spell with Doncaster, he joined the then Conference side, Leek Town, before moving on to Hednesford Town in February 1999. Just before Christmas in the same year, he moved to Southport, where he played under Paul Futcher, and then finally, moved to Northwich in July 2000, for a ?3,500 fee. In his final season with the Vics, he scored 5 goals, bringing his Trickies total up to 17 goals. Once more lacking first team action, he was eager to join Celtic, but felt after a month or so that he wasn't able to give Celtic everything, and so requested and was granted his leave of the club.
Career
Position
Striker
Born
16th Nov 1973 (47 years)
Joined
5th Feb 2002
Left
19th Mar 2002
Last App
12th Mar 2002
Last Goal
Never Scored
Career
Appearances
6
As Sub
5
Subbed off
1
Unused Sub
1
Goals
0
Assists
0
Red Cards
0
Yellow Cards
0
Points
6 / 18
Average Points
1.00
Wins
2
Draws
0
Losses
4
Total Pitch Time
175 mins
Appearances
Sponsors
Main club sponsor