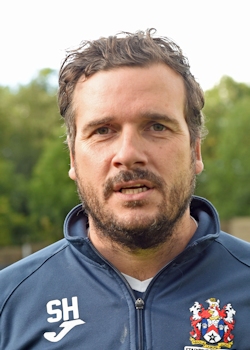 Cardiff born Simon came through the youth ranks at Cardiff City, earning a first team contract in 1995. He went onto make 35 appearances for Cardiff scoring eight goals before moving to Coventry City for half a million punds in 1997 after making his first full cap for Wales (in a 1-0 win over Scotland in March 1997). This was a record transfer fee for Cardiff at the time! He made 11 appearances for Coventry, whilst making a further 4 appearances for Wales. He scored just once for Coventry (against Everton in the League Cup), before moving to Wigan Athletic in 1998 for ÂŁ600,000 (a Wigan record at the time) where he went on to make 117 appearances and scoring 44 goals, including the first goal at Wigan's new JJB Stadium against Scunthorpe United. In 2002, he moved to Tranmere Rovers and went on to make 79 appearances and score 31 goals, but a double fracture of his leg in 2003 against Brentford curtailed his playing career, and he opted for management aged 27. During his career he scored an impressive one goal every three games.
His first management role was with us as assistant to Jim Harvey in 2010, becoming manager of Eagley in Bolton in 2013, whom he managed for one season, before becoming one of the coaches at Shrewsbury Town in 2014. In 2016 he returned to management to manage Clitheroe. He rejoins Celtic as manager after Steve Burr's departure bringing a wealth of Northern Premier League managerial experience.
Photographer