SH: "Beating Hyde away in a local derby along with an excellent performance was my highlight."

Q. Favourite moment as Celtic manager so far and who is the best player you have played with? – Asked by Celtic First-Team Coach Ian Johnson.

"The best player I have played with was probably Gary McAllister, he's an excellent player with an excellent football brain and somebody who taught me a lot about the game."

Q. If you could sign anybody, past or present would it be? On the goalkeeping position, is a permanent keeper a priority going forward?

SH: "If loan players are allowed then @CalvertLewin14 wouldn't be a bad addition!

"I don't think the goalkeeper being permanent is the be all and end all.

"What we do need is the best possible keeper we can find and afford, some experience of this level is maybe something we look at for this season."

Q. If you could have any 3-course meal, what would you pick? – Asked by Celtic Secretary Andrew Betts.

SH: "Some nice scallops to start, followed by a good rib-eye steak with trimmings and the best cheese board possible washed down with a nice bit of port."

Q. Who had the bigger influence last season, Andrew Betts or Gaz Roberts?

Q. What's your thoughts on the goalkeeper situation overall and will you be looking to resign Alex (Fojticek) again next season?

SH: "Alex was an excellent keeper and a brilliant lad but his career will now move on with Manchester United. We will be looking to find a good experienced keeper for the level but I won't lose sleep if we take another young pro keeper on loan."

Q. What fitness challenges does having a big break between when our league finished have for when we start a new season?

SH: "I think the big gap in the close season will definitely find out who the fitter lads are and the ones who have looked after themselves."

Q. On reflection was the deal to sell Darius Osei good business for the club?

SH: "The Darius deal was a good deal for the club but our job is to find the next Darius. Saying that, he was arguably the best player in the league so we missed him."

Q. Have you already had a conversation with the players and how many have committed to next season?

SH: "Initial discussions are that all the lads want to return, I need to look at what we need to be a better team and then decide who we retain. Also the unknown regarding budgets for next season is another factor as to who we can keep or sign."

Q. What are your realistic hopes for next season? Also what is the best goal you scored in your career?

SH: "Realistic hope is that we can push for a play-off place like we did for a large part of this season but sustain it. In terms of venue and stage it was the play-off final goal at Wembley for Wigan v Gillingham in 2000."

Q. Based on your profile picture you're a stylish gentleman, do you have a favourite clothing brand? If so, what?

SH: "Haha, no favourite brands the only essential are the caps."

Q. Is Gaz (Roberts) in next seasons plans with Ian Johnson joining?

SH: "We were always Looking to add a coach to the staff so this was planned."

SH: "Kurt Willoughby, Alex Newby, Adam O'Reilly and if I can add a fourth, Darius Osei."

Q. Who would win in a bare knuckle boxing match between Andrew Betts and Mr Muscle?

Q. What sort of Manager are you in the dressing room?

Q. What was the reason for the quick release of Mark Pearson soon after his signing?

SH: "Mark had asked to leave to play elsewhere at a much lower level, which is a shame as he's a talented boy who hopefully will return more mature in pre-season."

Q. What is your best moment from your professional career?

SH: "My first senior start for Wales against Brazil in Brasillia."

Thank you for all your questions, we hope you enjoyed the Gaffers responses. 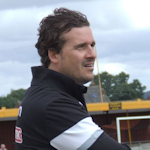