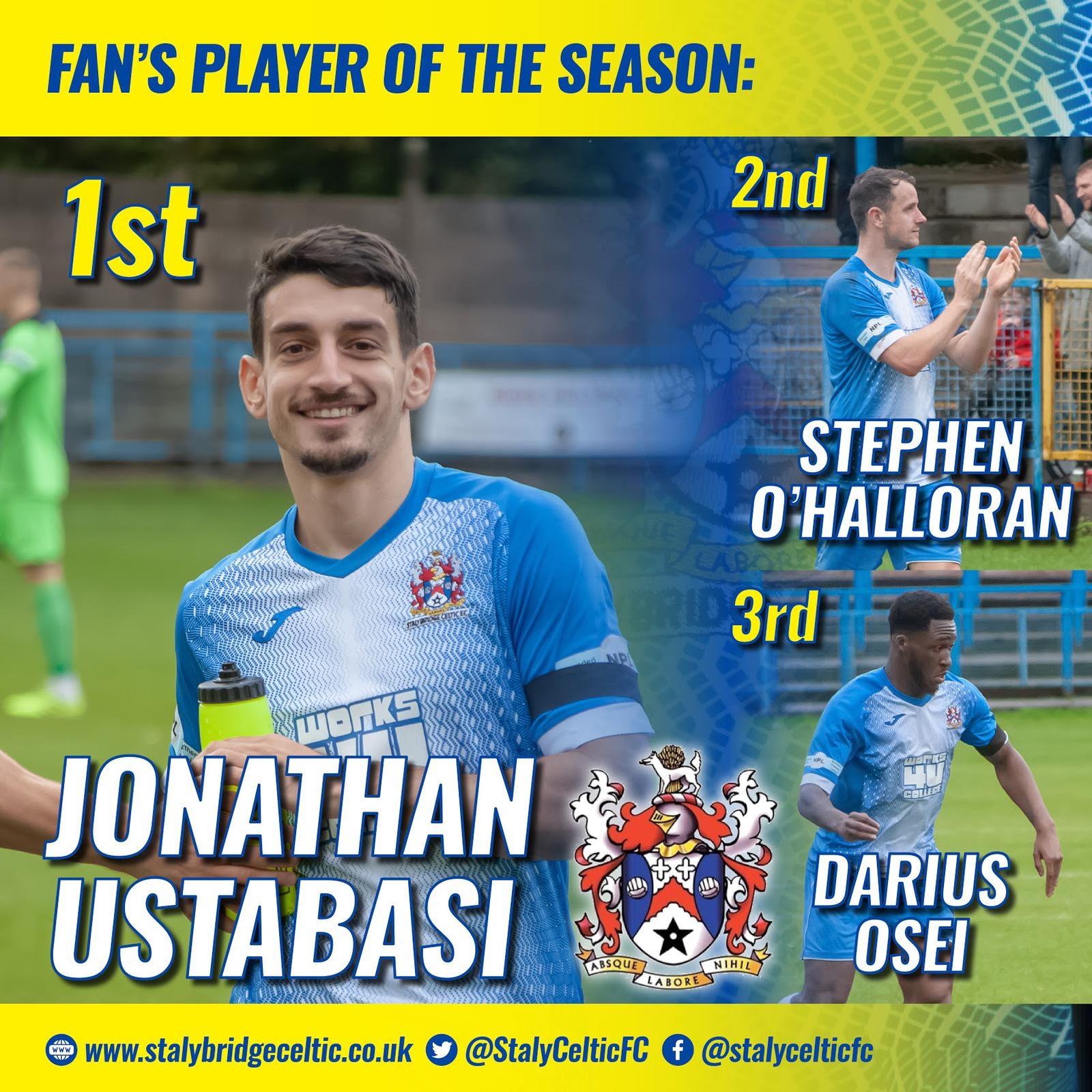 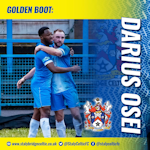 On behalf of myself and all those involved at Stalybridge Celtic, we would like to thank you for the consistent support, dedication and passion you have delivered as our fans and supporters during the 2019-2020 season. Due to the current pandemic, the league has informed the club that this season's results have been expunged, however, the club would like to acknowledge the achievements and effort from all those involved during this season.

The 2018/19 season concluded with a win over Grantham Town, Simon and Gaz dedicated their enthusiasm and passion into supporting the team in this upcoming year. After a promising preseason, our first game we travelled to Mickleover Sport but unfortunately fell to a 1-0 loss. Returning to Bower Fold, the lads played against Scarborough Athletic and put on a magnificent 5-1 win in front of home spectators, In what I can only describe as the performance of the season.

This season has shown testing times for Simon, his staff and the boys, during challenging periods the squad has required teamwork, motivation and strength to overcome these. Highlighting victorious games such as Scarborough 5 goal stunner, the bank holiday win against Ashton United and the comeback against Bamber bridge which resulted with an away victory for the Celts (2-3).

During this season the lads have shown dedication, motivation and passion towards Stalybridge Celtic. Each player has delivered a personal and professional attribute, that has allowed the team to develop and progress throughout this season. One key player that provided Stalybridge with show-stopping performances was Darius Osei. He was a pivotal part of the team, providing 15 goals in 25 games. Supporting the fantastic undefeated streak that lasted seven games and put Stalybridge up into 5th in the league after a fantastic performance at Hyde United on Boxing Day. Darius's last performance captured two goals against his new club, South Shields. On behalf of myself and all those at the club, we wish Darius the best in his future.

The team ended up 12th in the league despite early completion with 9 games remaining. I and all those involved at the club thank Simon, his staff and the boys for representing Stalybridge Celtic this year. I am sure we are all that First-Team Manager Simon Haworth has signed a new two-year contract extension.

And finally, I would like to take the opportunity to thank the Directors, Simon and his staff, the lads and to all the fans for this fantastic opportunity of being the Club Secretary. I look forward to next season and opportunities the club has to offer.

Before the next award, it is with great gratitude that to all the individuals who dedicate their time, effort and support into operating the club, we send our appreciation and thank you for all that you have provided throughout this season. Stalybridge Celtic are fortunate to have a variety of individuals that help maintain the running of the club:

To anyone who I have missed out, I apologise and send my great appreciation to the role and support you offer at Stalybridge Celtic.

Mark Storah Memorial Trophy (Clubman of the Year) - Gordon Greenwood
Director Keith Smart said the following words about Gordon "Running a football club is certainly not for the faint-hearted. The amount of jobs that require doing is limitless and never-ending. To 'keep the show on the road', dedicated volunteers are an absolute necessity. At Stalybridge Celtic, we are very lucky to have such a person in Gordon Greenwood. For Gordon, no job is too difficult or too menial, whether itï¿½s repairing a piece of equipment, preparing the bar before a game or simply emptying the bins. But that goes nowhere near fully describing the contribution Gordon makes. No-one devotes more time to the Club than Gordon, whether during the day, the evening or the weekend. Many times, Iï¿½ve been at the ground and Gordon is already there and says, "Iï¿½ve just popped in for an hourï¿½, four hours later and heï¿½s still there, moving from job to job.
Gordon is a superb team-player, totally reliable and selfless, he without doubt, fully deserves to win the award of 'Clubman of the Season'".

Managers Player of the Season - Darius Osei
Manager Simon Haworth explained his decision with the following "Darius demonstrated real professionalism about himself, he trained well, he always played well, and he listened and learnt from us all. Not only was he the best player, even though he wasnï¿½t there for the full duration of the season, but it was also the impact he made when he was here. So not only was he the outstanding player of the year he also had the biggest impact on the squad. I say to the lads all the time, you have to affect football games, thatï¿½s what youï¿½re there to do And Darius affected 100% of the games that he played in."

The goal of the Season - Tony Whitehead
Tony received the award for his goal against Matlock Town, this is what he had to say "Firstly Iï¿½d like to thank everyone that voted, we scored a few great goals this season and I think Dec was probably a bit unlucky, to be honest with his strike.
With regards to the season, of course, itï¿½s a bit disappointing the way it has ended. Looking back on it there are mixed emotions the first thing that comes to mind is that run we went on in the build-up to the new year. The derby day win after Christmas was probably the highlight of that. Then there were some poor results on the other side of that which was frustrating because we had set ourselves up well for the new year. We had a great dressing room though and it was one which was great to be a part of.
Once again, Iï¿½d just like to thank the fans for supporting us throughout this season and hope ye are all keeping well during this worrying time. Hope ye will all be back at Bower Fold soon."

Alan Nichols Memorial Trophy - Players Player of the year
First Place - Darius Osei
After receiving the award Darius added "I just want to say thanks to everyone from the Club, Players, Managers and Fans for voting for me in the awards #upthecelts"
Second Place - Declan Walker
With 41 appearances during his first season at Stalybridge, Declan provided 8 assists and contributed to delivering set-pieces during significant games. Scoring in the 5-1 win over Scarborough, Declan delivered a 25-year goal against the opposition. Declan dedicated a few words "Itï¿½s a big honour to be voted second from my teammates for players player, weï¿½ve had a great set of lads. Weï¿½ve had a lot of ups and downs throughout the season, and Iï¿½m gutted we werenï¿½t able to finish the season off together. Iï¿½ve enjoyed my first season at Stalyvegas and Iï¿½ve met some great lads."
Third Place - Stephen Oï¿½Halloran
Quoted by Stephen "Would like to thank the fans and the players for their votes. Itï¿½s been a good season of progress for the squad and the club. I hope the people of Stalybridge can take away some pride from the club this season and look forward to next season with excitement and optimism for the future. Thanks to the club, staff, volunteers, players and fans. Looking forward to seeing everyone again soon and most importantly at present keep safe. Thank you."

Chairmanï¿½s Directorï¿½s Shield - Keith Smart
Rob Gorski had this to say: "Firstly, I would like to say a sincere thank you to each director involved at the club. Wendy has had her first full year as CEO and has been tremendous. Steve Tate joined the board and has done an incredible amount of work has hit the ground sprinting. I know I say it each year, but fans may never understand just how much time, effort, money and endeavour directors put into the club. I thank them all.
Some years, itï¿½s a very difficult decision because everyone has been put in an awful lot, but this season, one person has come in and has been colossal. He has the difficult job of balancing the books, keeping creditors at armï¿½s length, liaising with Andrew (Betts) on wages and other matters as well as a plethora of ad hoc exercises too. Keith Smart has been a fan since Jesus was a lad. Heï¿½s always there, home and away. He became the chairman of Back the Bridge a few years ago and finally gave in and became a main board director of the football club last year.
I am so pleased that he did. He has simply been a rock this season and I am delighted to say that he is the worthiest winner of the Chairmanï¿½s Shield.
Many congratulations Keith, a very well-deserved bit of recognition for your outstanding work."

Fred Jones Memorial Trophy for Fanï¿½s Player of the Season
First Place - Jonathan Ustabasi
Jonathan joined Stalybridge after the start of the season and made his debut against Radcliffe. He scored four goals during his first season in English football; his first goal of the season was at Warrington town in a 2-1 win. Ustabasiï¿½s highlight of the season was his goal against Hyde on Boxing Day!
Second Place - Stephen Oï¿½Halloran
Stephen has provided the club with 37 appearances. For continuous dedication and commitment toward the club. A highlight of the season for Stephen was the goal-line clearance at Warrington Town in the last minute of the game.
Third Place - Darius Osei
Darius has demonstrated consistent dedication, commitment and outstanding performances throughout the season.
Jonathan had a few words to say, in honour of receiving his award "Iï¿½m delighted to be voted player of the season, and I want to thank everyone who voted for me or any of the other boys. It sounds clichï¿½ but itï¿½s been a rollercoaster season with some real highs like winning away at Hyde and the unbeaten run we went on, to the lows of the season-ending prematurely. Looking forward to the new season, and hopefully see you all soon. UP THE CELTS!"

Congratulations to this year's winners, I thank you for your continuous support and dedication towards the club. All those and I involved are looking forward to next season and wish all the players, staff and volunteers all the best. We look to continue to grow Stalybridge Celtic in every way we can, from the menï¿½s team, the new ladies team who have come along brilliantly, the foundation and the juniors!

Stalybridge Celtic would like to conclude by paying tribute and thanking our NHS staff and key workers, who are working continuously hard to provide for our country during this difficult time. Together we will come out stronger by protecting our NHS, stay safe and stay indoors.

All the best,
Andrew Betts
Secretary

/ Club News / Thu 19 Nov 20
Statement from The FA on funding for Steps 3-6
The FA welcomes the Governmentâ€™s announcement today of a Sport Winter Survival package to help spectator sports in England. As... 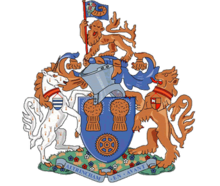 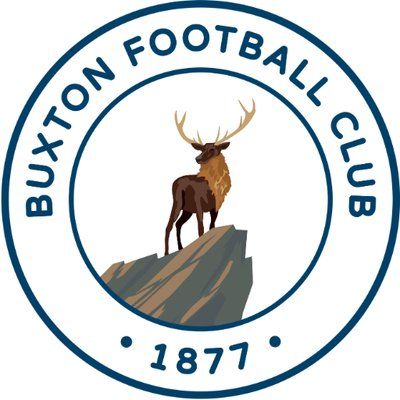 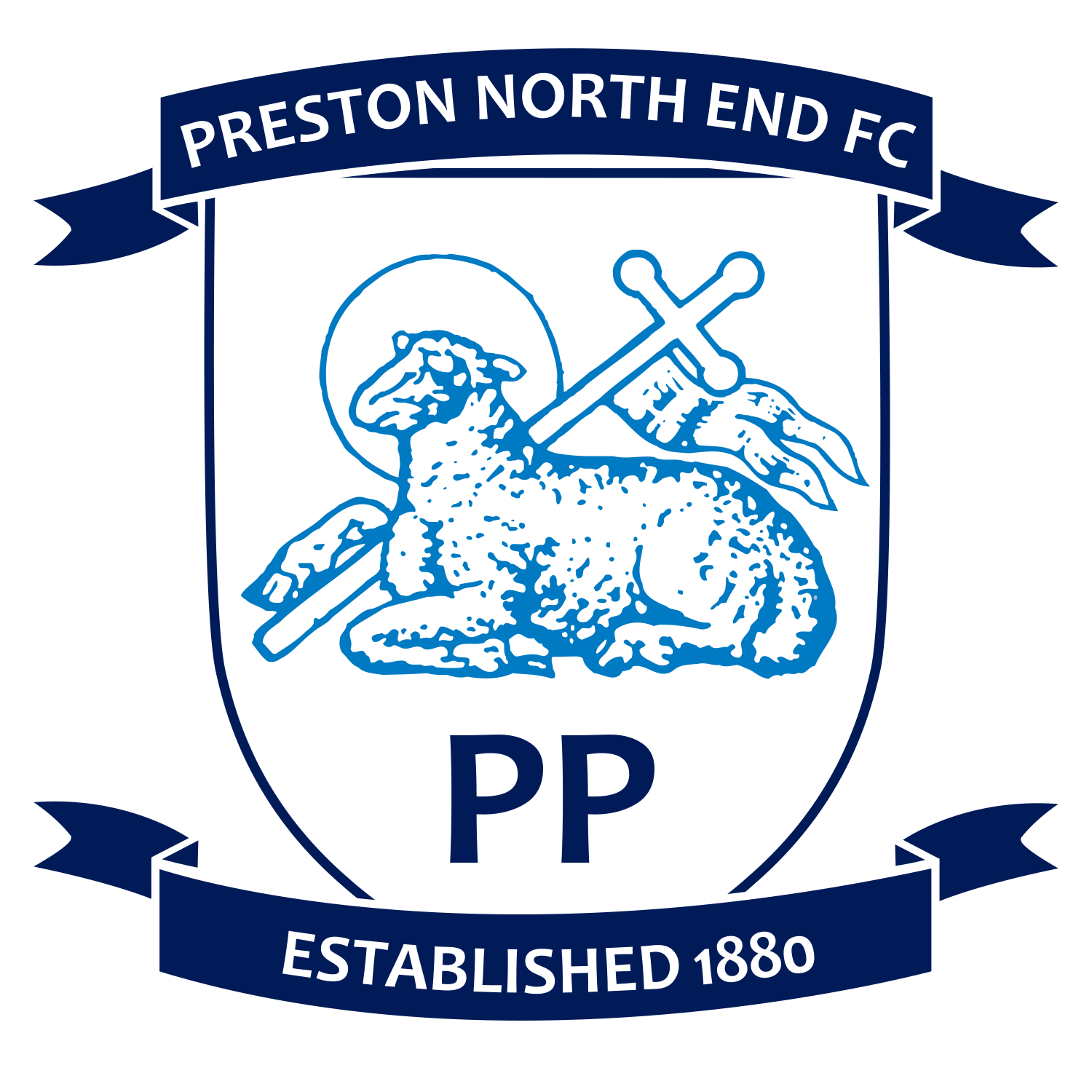 / Club News / Mon 2 Nov 20
Preston midfielder joins on loan
Celtic are excited to announce the signing of Jack Baxter on loan from Preston North End. The 20-year-old central midfielder will... 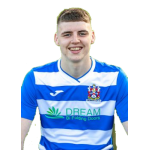 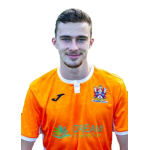 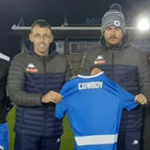 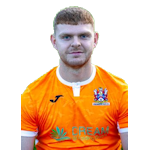